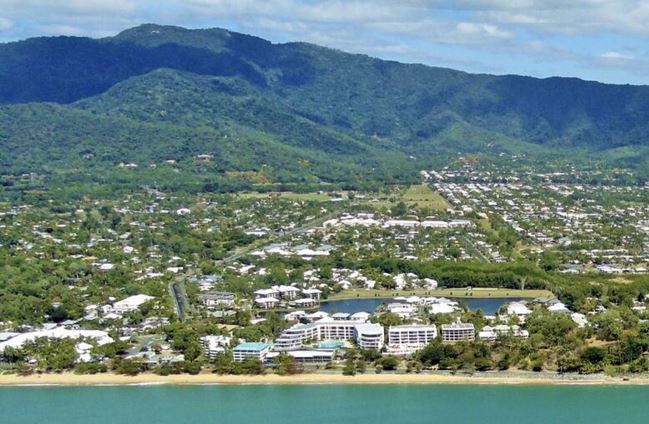 A new Catholic school could be the catalyst for Council approval of the Palms Collection masterplan.

PPNQ Developments – the master planners behind the $300 million proposal Tropic Now recently reported on – today revealed the Catholic Diocese of Cairns has entered a contract to acquire a small parcel of land on the Kewarra Beach property.

The primary school would become a key addition to the community’s residential lots, accommodation offerings, water park, eateries and shops.

The announcement comes less than three weeks before the Council vote on the entire Palms Collection masterplan.

PPNQ’s managing director Darren Halpin confirmed that the site was already appropriately zoned to accommodate a school and service the growing population of children on the northern beaches.

“We have been working with the Diocese for some time, and it’s great news to have them on board,” Mr Halpin said.

“Obviously we are hopeful Cairns Regional Council gives the entire Palms Collection Masterplan the green light when it goes to the Council vote very soon, and we know the majority of Cairns residents feel the same.

“We have received overwhelming positive feedback from the community since revealing our new Masterplan last month, with no end of support from local residents from all over FNQ.”

Mr Halpin expects the residential and tourist precinct to deliver hundreds of jobs during construction and more upon completion, as well as inject $34 million into the local economy.

If approved, construction will start early to mid 2021.

Catholic Diocese of Cairns is also building a new secondary school on James Cook University Smithfield campus – the first Catholic school to be built on a university precinct in Australia.

Newman Catholic College will initially open with a Year 7 class, adding a new cohort each succeeding year until 2027, at which point it’s expected to have at least 750 enrolments.

Cairns Regional Council is set to vote on the Palms Collection development on October 28.

SEE THE MASTERPLAN ON THE LINK BELOW: