Increased buyer demand, not a shortage of property listings, behind tight market 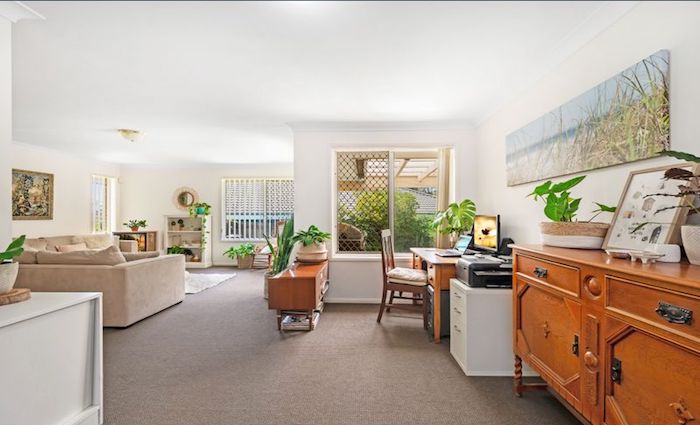 Increased buyer demand, not a shortage of property listings, behind tight market

New figures have revealed there’s no significant shortage of property listings in Australia’s capital cities, despite many real estate and buyer agents claiming a lack of stock in some capital cities is contributing to fast-rising prices.

Instead, it’s the sheer number of buyers in the market right now – thanks to historic low interest rates  – that’s making buyer conditions so competitive.

Data released by SQM Research on Tuesday found new property listings were up 4.3 per cent nationally over January, with most cities recording year-on-year rises.

Louis Christopher, managing director of SQM Research, said any shortage of stock in capital-city real estate markets was being driven by increased buyer demand rather than any significant drop in new listings.

“It’s certainly not the tightest market I’ve ever seen, and I’ve seen [fewer] listings on the Sydney market than what we’ve got today,” he said.

“I think maybe the issue we’re in fact seeing is that actually, we do have listings but not enough to satisfy the demand for all these new buyers.”

In Melbourne, which was most impacted by pandemic-related lockdowns in 2020, new listings were up 27 per cent compared to January last year.

“We ended 2020 in a strong position with record-high prices across most of our capital cities and I think that is luring more vendors to come to the market at a time where we have got historic low interest rates which [are] bringing increasing numbers of buyers to the market,” she said.

“I think this lift in year-on-year listings across the board also reflects the fact that our holidays this year have probably been a bit shorter because we haven’t been able to travel internationally… and some people are even choosing not to travel interstate and so perhaps people are listing their homes a bit earlier than they would normally,” Dr Powell added.

Mr Christopher said the new listing data showed there had been a much earlier start to the typical new year selling period than normal.

“When we consider the number of new listings compared to January 2020, there was a material rise in nearly all cities. This finding is consistent with the observed early start to the auction market over January and February,” he said.

“It’s yet another indicator that activity has picked up more than normal and picked up earlier than we normally see. So, normally you would see a pick up in activity in the housing market after Australia Day, but this year, we’ve seen that occur well ahead of Australia Day,” he said.

However, Mr Christopher said the drops were only marginal and were unlikely to be driving any significant tightening of the market in either city.

“If you look closely at the figures, they are at very similar levels to what we had this time last year,” he said.

“It’s really tight and I don’t think it’s going to loosen up too much,” she said.

“I think there’ll be a bit more stock coming on to the market but even if stock levels doubled it would still be a tight market.”

“One of the major issues that I’m hearing from selling agents is that vendors have nowhere to go to,” Ms Goudy said. “So even listings they thought they’d have coming on to the market this year, the vendors have changed their mind because they don’t think there’s anywhere for them to move to.

“So a lot more people are deciding to stay put and renovate or build and look at alternatives to moving.”

As a result, Ms Goudy says, she is increasingly looking off-market for suitable properties for her clients.

“Where I’m finding the best value at the moment is in off-market transactions; there is a lot more of that happening than there ever has been. Because there’s simply not enough stock available on the market,” she said.

“One of the reasons why prices are going so crazy is because advertised properties are so competitive at the moment and so you’re paying an absolute premium for anything that goes to auction,” she added.

But Dr Powell said low interest rates and government incentives were attracting record numbers of buyers to the marketplace and there may be some lag between buyer demand and sellers having the confidence to list their homes for sale after a turbulent 2020.

“We’ve seen the property market defy the odds over the last year with many cities at record highs, while we’ve also got historic low interest rates, so I think all of those factors together will help to continue to pull sellers in to the market and give them confidence to list their homes for sale.”