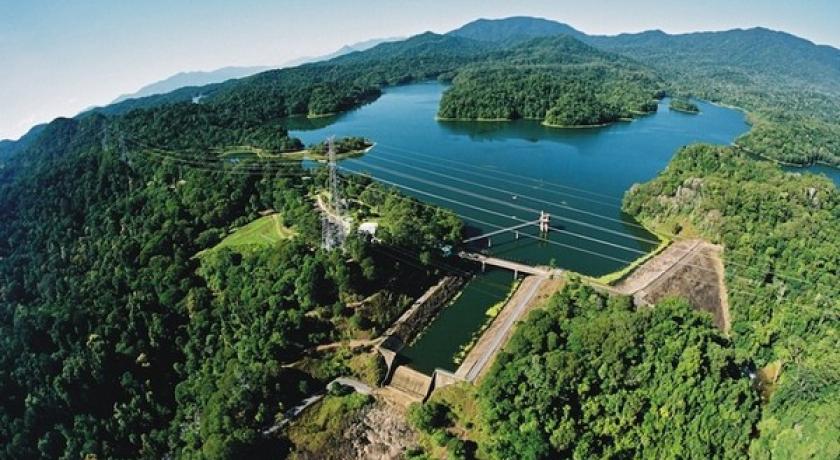 A visionary plan to tap into the Mulgrave River and secure the city’s water supply needs into the next decade has been elevated to top priority status, with Council today elevating the plan as its chief advocacy project.

he Cairns Water Security – Stage 1 project addresses the city’s increased need for water, which is projected to exceed existing capacity by 2026.

Council currently draws water from two key sources, the majority (over 80%) from Copperlode Falls Dam on Lake Morris, and a smaller, run of river supply from Behana Creek, which is used extensively in the south of Cairns.

“Securing and expanding our city’s water supply is critical for our future, which is why Council has made this our number one priority,”

“Securing and expanding our city’s water supply is critical for our future, which is why Council has made this our number one priority,” Cr Manning said.

“Failing to act would stifle our city’s economic growth and deny the next generation the opportunities and prosperity we have all enjoyed.”

Cr Manning said residents were frugal with water, consuming an average of 400 litres per person per day compared with Townsville's 700 litres.

Copperlode Falls Dam was commissioned in 1976 when Cairns had a population of 58,000. Today that same water source of 38,000 megalitres is servicing a population that is approaching 200,000.

“With all the rain we have received recently it may seem strange to talk about the need to boost our water supply, but with the relatively small capacity of Copperlode Dam, all that rainfall has already drained away,” Cr Manning said.

“Importantly, this project delivers a supply like a dam, but it is significantly cheaper and has a lighter environmental footprint.”

Over the past 15 years, Council has introduced water efficiency initiatives, which have delivered a 42% reduction in per capita water use.

“Our community has already done some of the heavy lifting, and we are thankful for the efforts of residents and businesses in being more water efficient,” Cr Manning said.

“While water efficiency initiatives will be ongoing, they will no longer be sufficient to meet the water needs of our growing population and economy.

“This project will enable Cairns to reach its economic potential and that means securing jobs and a prosperity for the next generation.”

The project will enable Council to source water from a run of river supply in the Mulgrave River, as well as significantly enhance treatment processes to the existing Behana Creek water supply.

“We know the Federal and State Governments have already invested in other water security projects in Queensland, which is the sort of investment that we applaud, which is why we see this project as being one that would merit similar support,” Cr Manning said.

“We are acutely aware that there is increasing demand for agricultural water on the Atherton Tablelands.

“By not taking water from the Barron, this project helps support the continued growth of the agriculture sector in our region – what’s good for the region is good for Cairns.”

Council has been planning for the long-term water needs of the Cairns community for some time and in 2015 adopted the Cairns Water Security Strategy (CWSS).

Developed independently by Council’s Water Security Advisory Group, the CWSS identified a staged series of initiatives to meet the city’s water requirements, including reduction strategies and augmentations to the water supply network.

Planning for the Cairns Water Security – Stage 1 project is well advanced with construction forecast to take two years and be completed by 30 June 2026.

Council will start a community awareness campaign in the next month to inform residents about the project and why it is critical to the city’s future.