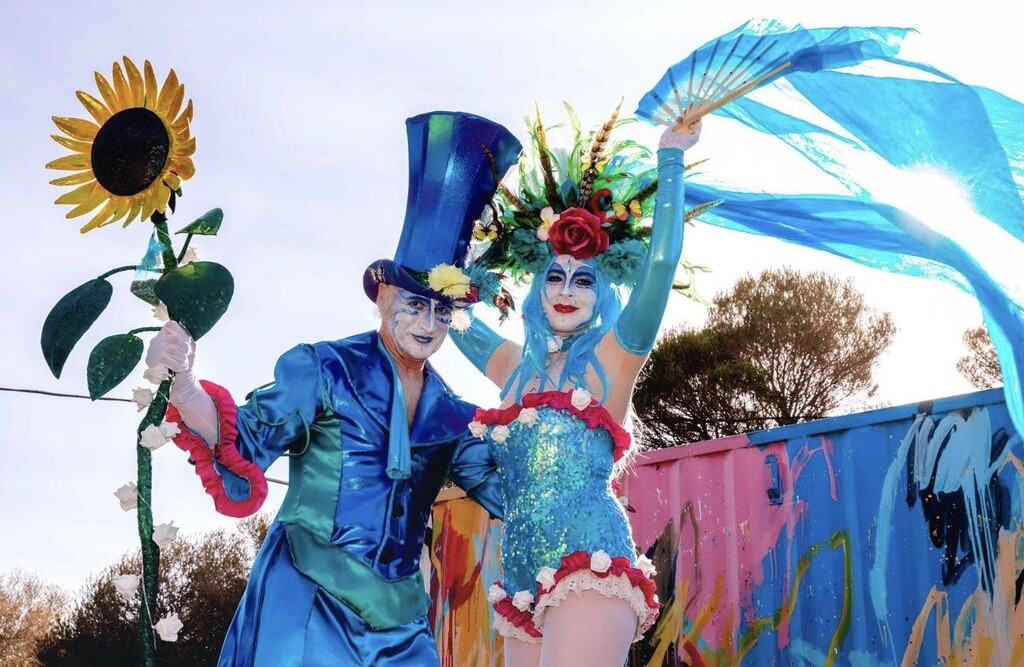 The count down to the Cairns Festival is on, with plenty of events pushing full steam ahead for the annual celebration this August and September.

INTRODUCING… opens the festival on Friday 27 August, with Jaguar Jonze headlining the Festival Stage on the Esplanade alongside local artist Amber Farnan.

The Grand Parade takes place the next night, Saturday 28 August, where the famous Shetland pony with a great attitude, Mr Nelson, will lead the way from Fogarty Park to the Esplanade’s end at Minnie Street.

The family fun continues on Sunday with an interactive circus on the Esplanade. Kids (and adults!) are invited to climb a silk or trapeze, ride a unicycle, stilt walk, juggle or hula hoop.

The city’s main drag will be kept alight throughout the festival with Neon Reef, an underwater seascape of brightly coloured neon sea creatures for visitors to walk amongst.

Also walking the Esplanade will be ancient dinosaur-like giants, the Megafauna, while the Cairns City Library transforms into a magical kaleidoscope of colour with Arone Meeks’ artwork projected onto the historic building.

Family Film Nights on the Esplanade are also making a comeback to Cairns Festival. The big screen will be set up on August 31 and September 1, with start times at 7pm.

The Court House is also open every day throughout the festival to host free live music on the lawn from 5:30pm, alongside a licenced bar and some special guests and shows.

Headline (and ticketed) Cairns Festival performances include the inaugural Dance Affair at Tanks on Thursday 2 & Friday 3 September – described as part theatre, part invitation to get up and dance.

Tickets are also on sale for The Hunt for the Funniest North Queenslander at CPAC on Friday 27 August, hosted by Cairns' very own local comedy legends, Guilt Free.

Jazz under the Stars in the beautiful Botanic Gardens will also take place on Saturday 4 September, with tickets going for $15 a head.

The hugely popular Carnival on Collins brings the festival to a close on September 5.

The day will feature a magical garden of tropical delights, surprise street performers and market stalls bursting with local goodness, with free live music to boot.

With a strong focus on Queensland-based acts and entertainment, just four events in the ten-day schedule have had to postpone or cancel.

Ticketholders to postponed performances Missy Higgins and RocKwiz Live, as well as cancelled acts Tim Rogers and Barry Morgan will be contacted by Ticketlink.

Find a full list of events and details here.